Home » How To Setup VPN On Router & Secure All Devices

How To Setup VPN On Router & Secure All Devices 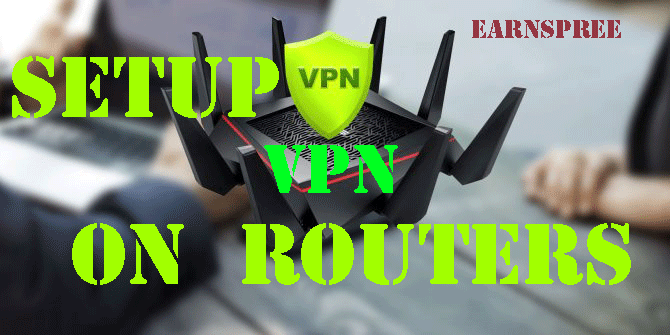 Setting Up a VPN Router

It sounds intimidating but setting up a VPN Router doesn’t have to be an impossible task. Today we’ll guide you through the fairly simple (it will be once we explain it) process, as well as highlighting the many advantages of it. Don’t worry – we assumed that you’d still have some more specific questions … we’ve covered all the bases, and have also included A FAQ section addressing everything from VPN service to internet speed. With that much to do lets get going.

Let’s acquaint ourselves with the term itself firstly: A VPN is a Virtual Private Network. By virtue of this connection, any information shared from your computer to the VPN remote server is 100% secure. So let’s take it a step further- if you set up a VPN Router, every device that is connected to the router can take advantage! By every device, we do really mean every device from laptops to smart phones to Smart TV’s… the list goes on. As the VPN is set up on the Router you won’t have to log in and out of each individual device, you can just keep it running. Happy Days.

It also puts an end to any hostile data trying to reach you, in other words not only are you choosing not to reveal information that you are sending, a VPN effectively acts a safety guard.

How to Choose a VPN Router

It is important to choose a router that is capable of housing a VPN system – some of them aren’t currently programmed to work in conjunction with this kind of technology. Different VPN’s boast different qualities, so before getting a router it is also imperative to know the protocols that your VPN supports.

How to Choose a VPN Provider

Choose carefully! There are a lot of varying types out there, and as with any other decision you must consider a number of factors. Firstly, and perhaps most obviously, what are you going to use a VPN for? If you’re a fan of watching the latest releases or streaming any kind of media in general, a high speed VPN is ideal for you. Make sure that your VPN will work in harmony with your platform whether that be Mac, Android or Windows. If you’re a restless soul and spend most of your time out and about using public networks, you need a highly secure VPN. Ivacy is the way to go.

In other words, make sure you know what your priorities are, and only set up a VPN to fulfil all of them.

Supported VPN routers where VPN configuration works out of the box:

Not all routers support VPN out of the box. If you want to use a single Router for all of your devices then you should choose a router wisely. We recommend, Asus Routers as VPN router because AsusWRT is very easy to configure with any kind of VPN services. Also, you can use thirdparty sites like flashrouters but you will have to pay additional money for pre-configured router. If you follow our post, you will be able to setup your router and use it as single point VPN router solution without any hassle of changing the firmware of your routers.

Recommended:  Internet Privacy: 10 Tips to protect yourself online in 2021

Below are some routers that you can consider for VPN router configuration :

Step-by-Step: How to Set Up a VPN On a Router

We recommend IVACY VPN for your router because it’s Fast, Affordable, and works out-of-the-box with most of the AsusWRT and OPENWRT routers.

Here are the basic steps to setup Ivacy VPN on your Router: 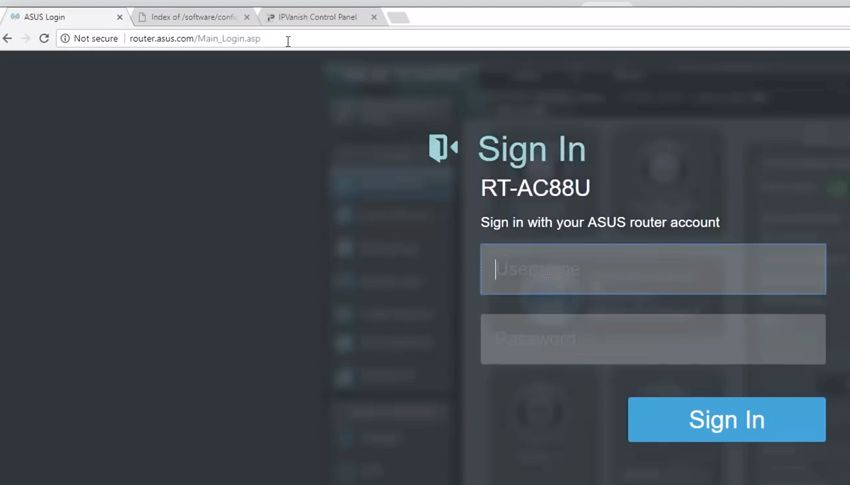 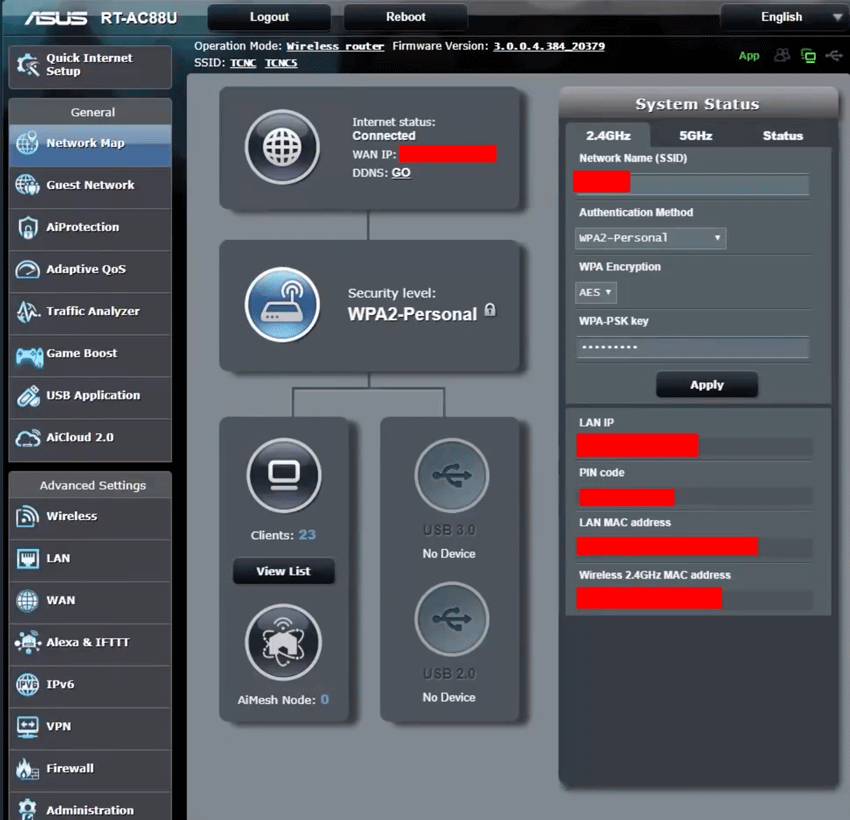 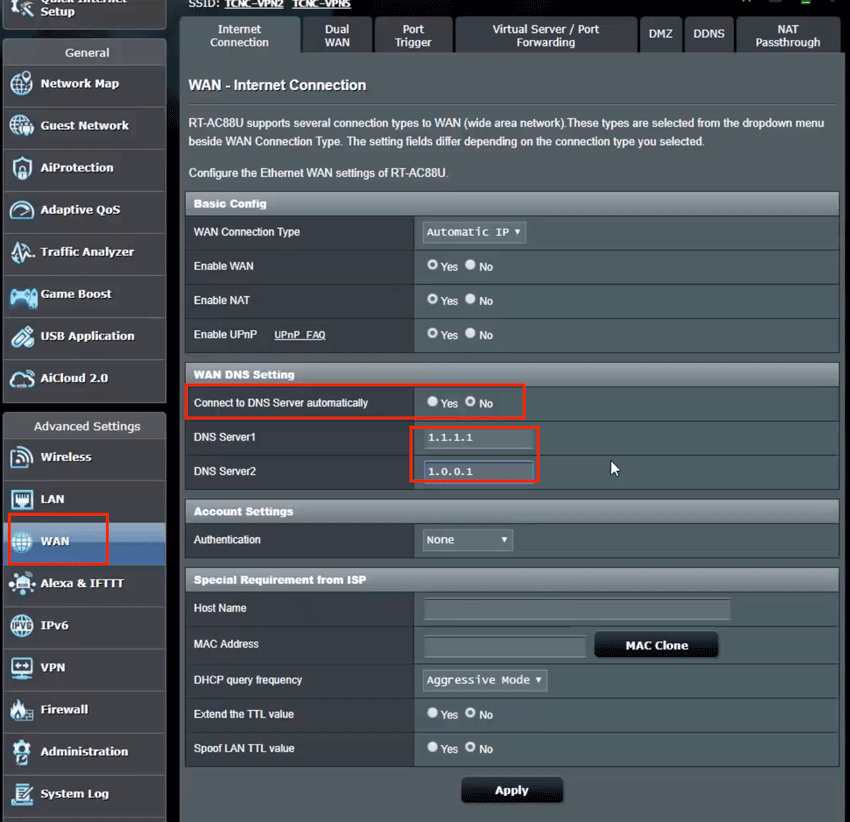 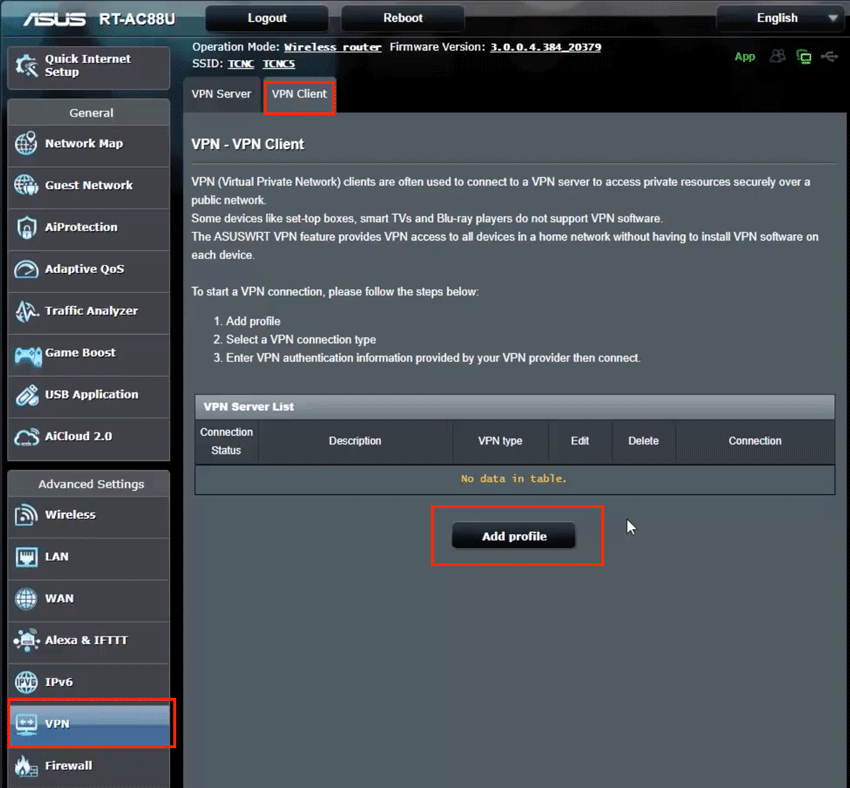 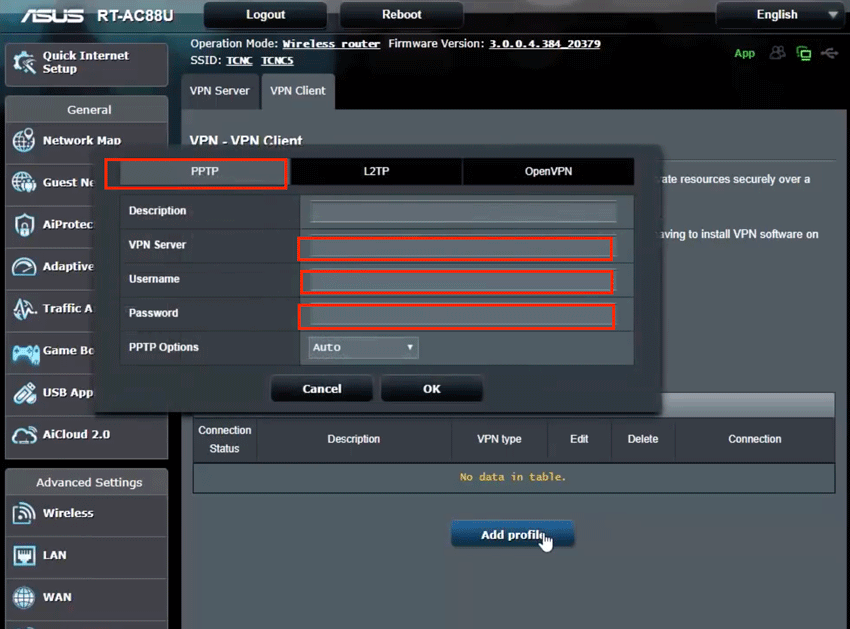 Still got some questions that are niggling you? Look no further!

Free VPN for router is it a good idea?

It’s the one question on everybody’s mind – but one with an overwhelmingly simple response. No. Think about the reason that you are setting your VPN up in the first place… to protect your data.  Would you trust something that was free to take on such a massive task? Another scarier possibility is that your data could even be stolen. Our advice would be to set up a secure, paid VPN, like Ivacy.

This rather melodramatic term means that instead of a VPN connection being limited to one device, it’ll include all devices attached to the router. Even though it is only one connection (through the router) it’ll act as an automatic VPN client app.

VPN router behind another router – the fancy way to say this is ‘dual router configuration’. This means that each router is on a different subnet. Lots of people do this as to give themselves the best of both worlds- access to VPN and non VPN connections. For instance, if you had a device like a fire stick, it could switch easily between the two networks.

As explored before, there are a variety of different routers out there and amazon provides a range of results.

Remember when we were talking about VPN providers? Well, if you buy a preconfigured router then you don’t have to install anything – it arrives VPN enabled.

No- but you can use a VPN client on your device instead of the router itself.

Do you need a VPN router if you already have a VPN Service?

Not necessarily. As always, it always comes back to what your priorities are. If you want VPN for all of your devices, we would recommend a VPN Router. If not, then a VPN Service will work for you just as well.

Does connecting your router to a VPN slow down your internet speed?

The common perception is yes, it does slow down your internet speed. This is true to a certain extent.  If you are just using that VPN to connect to other devices, then no not really. But if you are sending all of your traffic through a VPN, it will have an impact. Think about the task that the VPN is doing. It’s encrypting all of your data, and sending it to a server that might be quite far away from your given location.

What are the pros and cons of using a VPN router vs a VPN service?

Pros of a VPN Router:

Pros of a VPN Service:

Not as cost efficient – VPN routers cover a range of devices.

How do I link a VPN router to my secondary router?

Firstly make sure they’re on different subnets by checking the IP address. Then enable the DHCP and make sure you specify the DNS – any public one should do the job, e.g, ComodoDNS

Is it possible to run a VPN in a router which is connected to another router, if I need to set a VPN only to a specific device?

You can indeed, with the added benefit that you could also switch between a VPN and non VPN connection as well as incorporate other devices.

What protocol is best suited to secure my traffic and downloads through a router acting as VPN client?

There are two kinds of protocol- PPTP and Open VPN. Like we’ve mentioned they allow you to protect you incoming and outgoing traffic.  Open VPN is ever so slightly more secure- there is a tiny chance that someone could access your password while PPTP tunnelling.  PTTP used a fixed port, if your inbuilt firewall doesn’t allow certain ports then you could be at a loss. This wouldn’t be an issue with Open VPN. Having said this PTTP is usually compatible with most operating systems and they have in-built support networks for it.  Open VPN however need to be downloaded.

Why are we told we need both a VPN and a VPN router? If we have one, why do we need the other? Does “big tech” just want us to spend more?

With a VPN router you can make a whole host of devices more secure. The technology is all encompassing, so you probably wouldn’t need VPN. The reason why companies push people to get them both is because if you just have VPN , it’s a lot less cost efficient. If you have a VPN router, you don’t need both!

Does VPN hide web activities from a local router and router logs?

This is a rather tricky question, but not one that we can’t answer. The more VPNs created, the harder it gets to keep track of them, leading to the fact that it isn’t the best idea for people or organisation who need lots of private sessions.  Though it should in theory hide all web activities, there is the slight possibility that while in tunnel mode it could leak some data.

As you can see there are a variety of things to consider when it comes to setting up a VPN. There are multiple advantages and we hope that this article has helped to answer any queries that you had about the process and its advantages and disadvantages. With this treasure trove of information – you are now ready to set up a VPN yourself !